Nba News Round Up

This was one of the ugliest games of the season. Neither of the teams shot over 41% from the field and shot a combined 14/61 29% from beyond the arc. This has only been done once in the last 10 years.

Atlanta should have put the game away in the first half easily. Miami where just diabolical in the first quarter only putting in 11points with no second chance points or fast break points. However being an NBA game it lasts three more quarters and the Hawks having a biggest lead of 13 you know won’t cut it when Lebron and Wade are on the opposing team. Atlanta really played the Heat well by packing the paint which resulted in the Heat taking all those 3’s.

The only thing that was wrong with this is that the Hawks took and missed more 3’s then them. The Heat obviously without Bosh isn’t as strong in the paint on defence but Horford only took 8 shots for 6points and no free throws. Anthony did do a good job on him but as always isn’t a factor on offense. He got 16rebs without taking a shot the only people that have ever done this in a game are Wilt Chamberlain and Dennis Rodman.

The game started to become exciting in the final minutes. With the last shot of the game Lebron had a chance to win it but resulted in a 30footer that was contested, overtime was the outcome. Each team went back and forth in the added five minutes. Lebron who scored 10 straight and 14 of the Heats last 16points kept the Heat in it. He finished with 34points 10rebs 7assists. The key play was after a Heat basket Joe Johnson ran down the court with the whole Heat team looking at the bench waiting for a timeout which never came and resulted in a Jamal Crawford corner three.

With another chance for Heat to take the lead with 7 seconds left the only play they could think of was another Lebron 30footer which had the same outcome. After the miss Joe Johnson sealed it with two free throws. He led the Hawks with 19pts.

A question that arises where was Wade in the last 7 minutes, he didn’t take a single shot. He ended the game with 27 points.

The Heat have now lost 4 straight while the Hawks won the second in a row and 8 of their last 10.

Just to squeeze in a last word to those reading our articles, our team at iphonebetting.org managed to find another really good website dedicated to iPhone Sports Betting at MobileSportsBetting.com. Check them out now for information on mobile sports betting!

Ryan Morris is a technology writer and is really intrigued by the ways technology revolutionized the casino industry. In his free time, he tries to learn more about the different strategies that are used in poker games.

At Black Bean Games we are all about providing you the latest and most interesting content when it comes to online casinos and gambling. We are really passionate about the poker, that is why we are here with the best tips and strategies that will help new players to establish themselves in the casino industry. Moreover, professional players can improve their skills and get better with their games. We are excited to share with you the best online casino content. 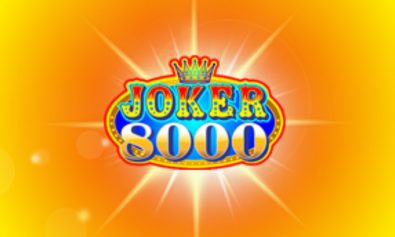